(Photo: Jumping across the Great Wall of China)

As you may have read in a previous blog I ended my TransMongolian Express trip in UlaanBaatar instead of Beijing as I did not have enough time. Besides that I went to Beijing already two times (in 2009 and in 2014). In the future I will fly to Beijing for work as well due to an aircraft change. Not mentioning I love Beijing and China. However the first time I visited China in particular, I was 19 years old and a student in Seoul, South-Korea – I felt completely lost in Beijing as it was very cold (December), I got immediately ripped off by a illegal taxi driver and worst thing – my camera got stolen after the Beijing trip in Shanghai! All my pictures of for example the Great wall were gone! Now I’m older, more experienced, I do not get a culture shock very fast  and more careful with my belongings. I felt so terrible still after years about losing my pictures – that I forced my boyfriend to spend our holidays in China in the year 2014 so I could re-take my pictures again. (Nothing is sponsored, all pictures are mine, scroll down for the Dutch version)

END_OF_DOCUMENT_TOKEN_TO_BE_REPLACED 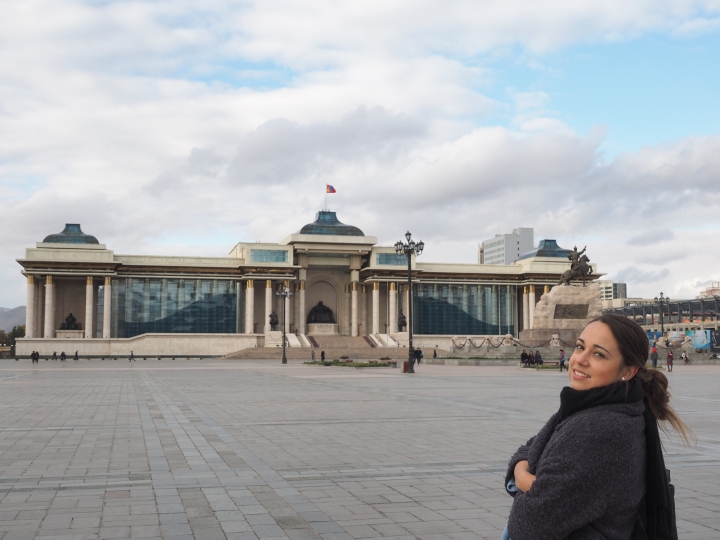 (Photo: Me at the Genghis Khan Square in Ulaanbaatar)

After the amazing trip to the Terelj National Park we got dropped off at the Holiday Inn Hotel in UlaanBaatar. Luckily our room was available before check-in time (YAY) so we could enjoy a good hot shower in our luxury big bathroom and take a powernap in a comfortable big soft hotelbed before jumping into the citycenter. This felt amazing! From this moment I realized how tired I was and how intensive this trip was. (Nothing is sponsored, all pictures are taken by me – scroll down for the Dutch version and different photos).

END_OF_DOCUMENT_TOKEN_TO_BE_REPLACED

(Photo: Me in front of my Yurt)

If you think about Mongolia you think about the traditional yurts, open fields and steppe landscapes, horses, nomads, mongolian colorful interiors, ovoos (what?) and falcons…….(Nothing is sponsored – all pictures are taken by me – scroll down for the Dutch version and different photo’s!)

END_OF_DOCUMENT_TOKEN_TO_BE_REPLACED

(Photo: Me and a Mongolian Train Unit)

I’m sorry it took a while to continue posting on my blog, especially about this trip. Maybe you have checked out my instagram page (misstravelstories) and noticed something exciting happened. I’m now at the moment (while writing this post) 14,5 weeks pregnant! Unfortunately I felt very sick in the first trimester so was not able to write any posts as the computer screen made me feel nauseous!

I was always fascinated about Mongolia and it’s culture, don’t ask me why. When I was still in high school I remember I read a article in a magazine called the ElleGirl (it does not exist anymore in the Netherlands) about 2 girls who did this trip. Since that moment it was at the top of my bucket list. And finally it was time to get on the train to Ulaanbaatar! So exciting! The train ride from Irkutsk to Ulaanbaatar takes 2 nights and less than 2 days. (All photos are taken by me – nothing is sponsored – scroll down for the Dutch version and different photos)

END_OF_DOCUMENT_TOKEN_TO_BE_REPLACED

(Photo: Me in front of a Traditional Siberian Wooden House)

After a 4 day train ride with a Russian train at the TransMongolian / TransSiberian Express route, I arrived in Irkutsk located in the Siberian part of Russia. Irkutsk is 5193 km away from Moscow with the train and I never had any imagination about Siberia. The only thing I knew about it is that it can be -40 degrees during winter time and way in the past people were banned to this part of the world. But if you arrive in Irkutsk, you end up in just a Russian modern civilized city. Somebody was waiting for us at the platform of the train station to take us with a mini van to Listvyanka at the famous Lake Baikal and hand us over our train tickets for the trip to Mongolia. (All photos are taken by me – nothing is sponsored – scroll down for the Dutch version and different photos)

END_OF_DOCUMENT_TOKEN_TO_BE_REPLACED

(Photo: Me at a train stop with an old Trans-Siberian Express Locomotive)

The Train Trip to Irkutsk in Siberia, Russia had finally started! This track is a part of the Trans-Siberian and Trans-Mongolian Express. It is a route which is one of the longest and most famous train routes in the world, in the past used by locals to travel around when they still had a steam locomotive – and nowadays the trains are a bit more modern and still used by locals because not every city is easy to reach, and by a lot of tourists of course. (All photos are made by me, nothing is sponsored, scroll down for the Dutch version and different photos)

END_OF_DOCUMENT_TOKEN_TO_BE_REPLACED 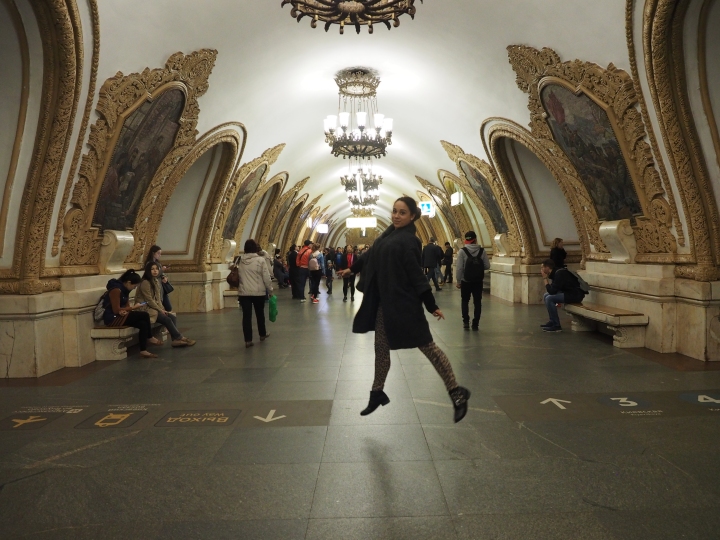 On a saturday night at 23:55 pm I took the night train from Saint Petersburg to Moscow. This is one of the most important train routes (thats why it is train 001) in Russia, during the night, the train ride takes a little bit more time, and took me in 8 hours to Moscow. This is a quite luxury train with a first class (which we also booked), and has two (already made up) beds which you only have to fold out, in each compartment and free breakfast, water etc. In a train you cannot shower but I was all prepared for it because later on I had to spend 4 whole days in a train without a shower. Thats why I brought different kind of wet towels en wash cloths with me. The ride was quite bumpy and I did not sleep very well as you have to get used to the motion and the sounds of the train. The next morning around 6 am we arrived at the train station of Moscow. (All pictures are taken by me, nothing is sponsored, scroll down for the Dutch version with different photos).

END_OF_DOCUMENT_TOKEN_TO_BE_REPLACED

(Photo: Me at the Church on Savior and Blood)

My Transmongolian Express trip and holidays had finally started when me and my boyfriend flew from Amsterdam to Saint Petersburg on a thursday afternoon within just 2 hours and 15 minutes. Quite fast! After picking up the luggage I had to arrange a taxi to my hotel.
There are a lot of illegal taxi drivers offering their services at the airport. I decided to take the official (and legal) taxi at the taxi stand which is very cheap as well. Our hotel was located at the big and most famous street of St. Petersburg called the Nesky Prospekt. At the Nevsky Prospekt street you find almost all the famous churches and buildings of St. Petersburg – if not, they are close by. (All pictures are taken by me – nothing is sponsored – scroll down for the Dutch version and different photos.)
END_OF_DOCUMENT_TOKEN_TO_BE_REPLACED